I was distraught, nothing went the way I thought it would. I had received many directions and promises from the Lord, then carefully listened, and followed His instructions to the best of my ability. Yet, nothing ever seemed to pan out the way I believed and trusted it would. It grieved me deeply. I fell to my knees, it had to be me because His ways are perfect. I cried out, “Oh God, I know I’ve failed you in so many ways, but what grieves me most, is the many ways I have failed you that I don’t know about. Help me Lord. Please help me.” I was beside the bed, crying out for help. This is where I found myself over and over. For years He met me there. He always gave me direction for the day, and I fulfilled it to the best of my ability; only to watch it go to nothing repeatedly as time slipped away.

Suddenly a vision opened before me. A 6-year-old girl sat on the beach fully intent on the task before her. I knew the little girl was me and the vision represented my life. I watched as she was building a house in the sand, listening intently to instructions from heaven and replicating them to the best of her abilities. I was horrified, for she was oblivious to the fact that she was building on sand, the very thing the Bible warns us about. I was also horrified, because the little house was made from bent and broken sticks she had found in her surroundings. It couldn’t be called a shelter of any type, for the sun was beating down, and the wind and sand were blowing through it as though it did not exist. I wondered why no one had at least given the little girl some straight Lincoln Logs for her tiny structure. But the little girl was totally oblivious, only listening to the instructions and playing it out like a child would.

Suddenly a huge wave came and washed the little crooked, bent house structure away. Moments later, the sun was shining again, the sea was calm, and skies were blue. There was no sign of the little girl’s life or structure left. Peace reigned on the shoreline.

Reality sank deep within my soul. There would be nothing left on earth to show I had been here. When I arrived at heaven’s shore, there would be no gifts I could bring Him. I would never hear the words, “Well done, My good and faithful servant.” I would only hear the words, “Enter thou into the joy of the Lord.” For He had bought me, and He cannot deny Himself, therefore He would have to take me. He had helped me through this life and that was enough, for in my ignorance I had been a sand builder. I had given Him everything I had and there was nothing left to offer. A strange peace flooded my being, my life was over. I rose from my knees in total acceptance, feeling completely empty, yet calm.

Then out of the corner of my eye, I caught a glimpse from heaven’s viewpoint. There, rising above the rocky shoreline, stood a massive, charcoal gray structure made not by human hands, like a mighty fortress and enormous lighthouse combined. It was formidable to behold, especially to evil, as it loomed high over the stormy sea, a magnificent beacon promising hope and safety, faithfully warning of danger, providing shelter from the storms of life. As the sea raged against it, the crashing waves were powerless to leave even the slightest evidence of their assault. It was not of this world, but created for this world to help guide weary sailors home.

I gazed in awe of what He had done with the sticks and sand I had given Him, like that little boy with his 5 loaves and two fish from which, when given to Jesus, “He” fed the multitudes. I began to understand it’s not about what we leave behind. It’s not about us at all. All He asks is our obedience. There is nothing too small or insignificant from our surroundings that He cannot use. For, what He accomplishes with our obedience and gifts is where the great miracle resides.

My dearest most beloved child, do not look at yourself or your own abilities, but rather praise Me for who I AM in you. See yourself as One with Me, then walk in that image. I care not that you are human, for I AM within you, as not. As One with you, I give you an edge the world has no part or recognition of. With Me inside of you there are no problems, only answers. I have already overcome every obstacle you have or ever will face. I AM coming soon to take My Bride, for where I AM there she will be also. But until then, where you are, there I AM also; for as My Word says, “I will never leave you or forsake you.” Therefore, rise up and take your rightful position by My side. Then turn and face your world with the power that lies within you; for you, and you alone, are My vessel, says the Lord your God. Shalom

(Deuteronomy 15:10) “Give generously to the poor, not grudgingly, for the LORD your God will bless you in everything you do.“

I told the Lord, “All that I have is Yours.”

And He said, “There’s something I need you to give Me. It’s your self condemnation, and in exchange I will give you My joy.”

What if your perfection means absolutely nothing to Me? What if I AM the only leg you stand on? What if you do Everything wrong? What if you have nothing but a lifetime of loss to bring Me?

I AM your perfection. I AM your Savior. I AM your Redeemer. What if I AM ALL you need? Walk with Me, for I have made you whole. Shalom

What if, child? What if? Would you praise Me then?

During a two-week long family vacation, I spent a day at an East Coast mountain resort. Just as I was arriving, big buses were also pulling up, and many Jewish families were disembarking. It appeared that they were attending some kind of big event.

With their arrival, the lines to the rides lengthened considerably, which allowed me even more time to enjoy being in the middle of Hebrews who were speaking half English and half Hebrew. It was so interesting to me to observe them interact with each other, and I was so thankful God had arranged for us to be there at the same time.

I had my back turned to one Hebrew father and his three year old son just as one of the rides came to a screeching halt. Yet, despite the loud screeching sound, my ears clearly heard the three year old cry out with joy, “Oh ABBA ABBA!! That was soooo much fun!!!”

I stopped in my tracks, and my heart went into my throat!!

This three year old, squealing in delight, has forever changed my perception of Father God and is the best sermon I have ever heard! Only eight words, spoken with such joy!

By the end of that two-week vacation, I was totally exhausted with the frequent use of the Lord’s name in vain and all the discord on TV and in the family. I said, “Oh Lord, I didn’t know the world was this bad! How can you stand it???!!!” As clear as a bell He said…

“Oh, it’s literally nothing. I’ve already paid for all this sin 2000 years ago. It’s nothing. I paid for it ‘before’ they sinned, because I knew the world would be like it is today, and oh, how I love them all!! I’ve paid it, so it’s okay for you to just walk around with joy like I do and love them like I do. There’s no shortage of my blood, I didn’t spare any of it! I gave it all!! So, just laugh and have fun. There’s no shortage in my kingdom!! Let me love them through you. No judgment. 🙂 I paid it ‘before’ any of the sin you see ever happened! It’s covered, so just laugh and love!! Love covers all!!”

Oh wow, it does me so much good to share this with you all. I’m tired, but I’m smiling. ABBA has got our lives covered and His plans for us are good. I’m so very, very thankful, and my heart is so full!

What if it is in simple “being” that you please Me most? What if time spent with Me is when I draw you close? What if this was the only reason you were created? …to be with Me, where I am. What if nothing else in your life truly mattered? …just you and I laughing, loving, living and hoping. (I hope too.) I hope you will see how fruitless is your worry, your concerns, and your fear of not being good enough. That’s why I died for you. …so that you might live. laugh, love …live in Me, by Me and with Me. Come, My little one. Let’s do this together, just you and I. Shalom

As the waters cover the sea, so shall My Glory cover you and be seen upon you. No man shall plumb the depths of My Glory within you, but many will ride the crest into life everlasting. You will hear My voice and proclaim My goodness to the world. You will Be My goodness in the land, forgiving and loving the unlovable, bringing hope to the lost and deliverance to the captive.

I have called you, taught you, and now I send you. Do not be daunted by the enormity of the task I have placed before you. Walk it, just walk it, and I will make a way where there seems to be no way. As the path opens before you, many, I say many mansions will be ordered in heaven by the souls lined along the path you walk through. I have not asked you to build these mansions, I merely ask you to walk the path so My Glory may be experienced in the lives of all those within your touch.

Lo, I come. In the volume of a book it is written of Me. You are My written epistle and you are read by all men. As the Father and I are One, even so, you and I are One. Who will qualify to do the works that I have done? Who will qualify to do greater works than I have done? Is it not the lowly in spirit? Is it not written, “the meek shall inherit the earth”? The world has labeled you “servant”, but I have called you “Friend”. Look around you and listen to the world. Who is cursed daily? Is it not My little children, is it not the lowly, is it not the meek? It is written, “Out of the mouth of babes and infants I establish a stronghold against the enemy, to silence the foe and avenger.”

Who will qualify? If you are nothing, if you are nobody, if you are unsuccessful; you qualify. No one else does. Go forth, for I AM with you this day. Work the works that I have ordained. Do not say “I cannot do this”. For with God ALL things are possible and ALL the glory belongs to Me. Shalom

Stories from the life of my dear friend, ChloeGrace. 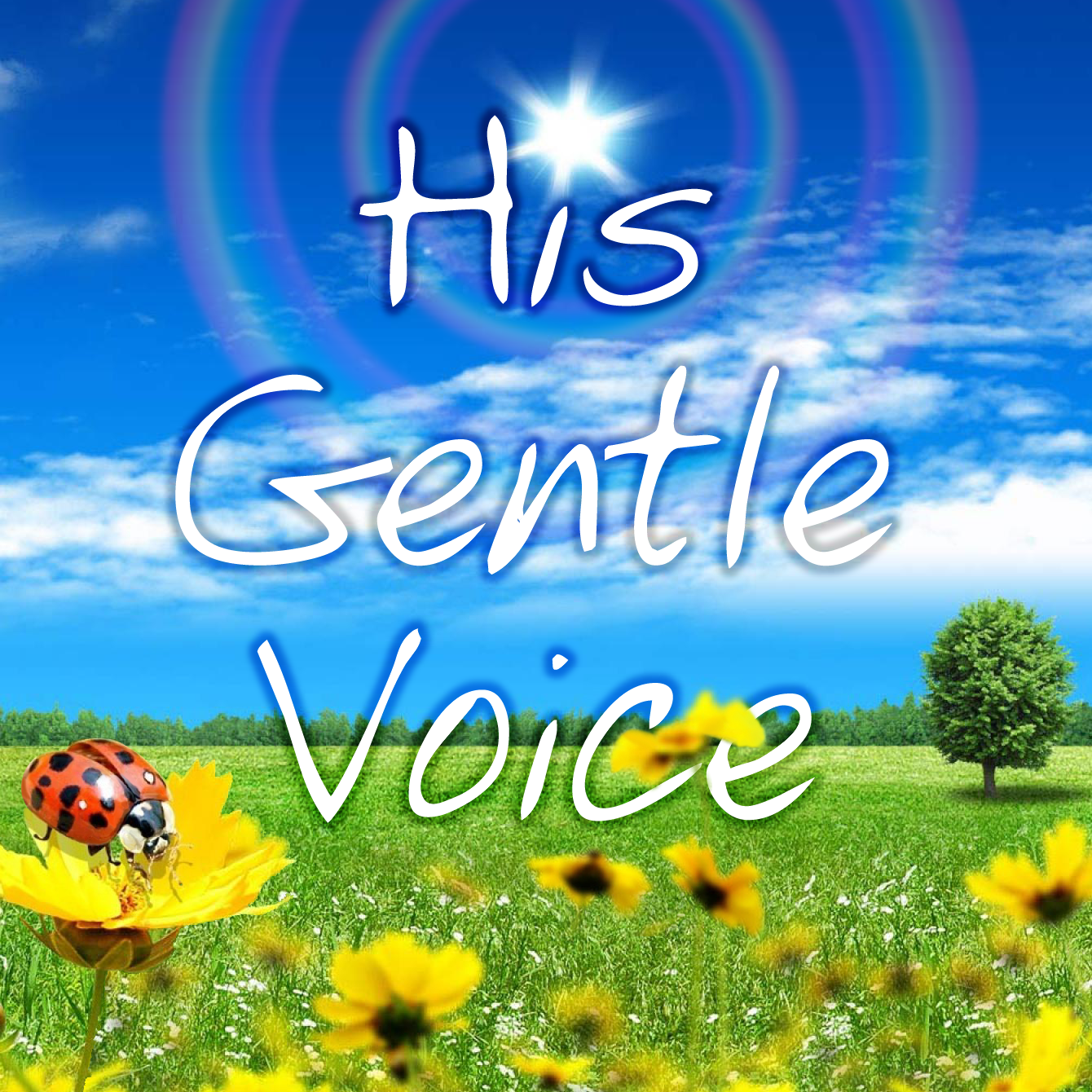